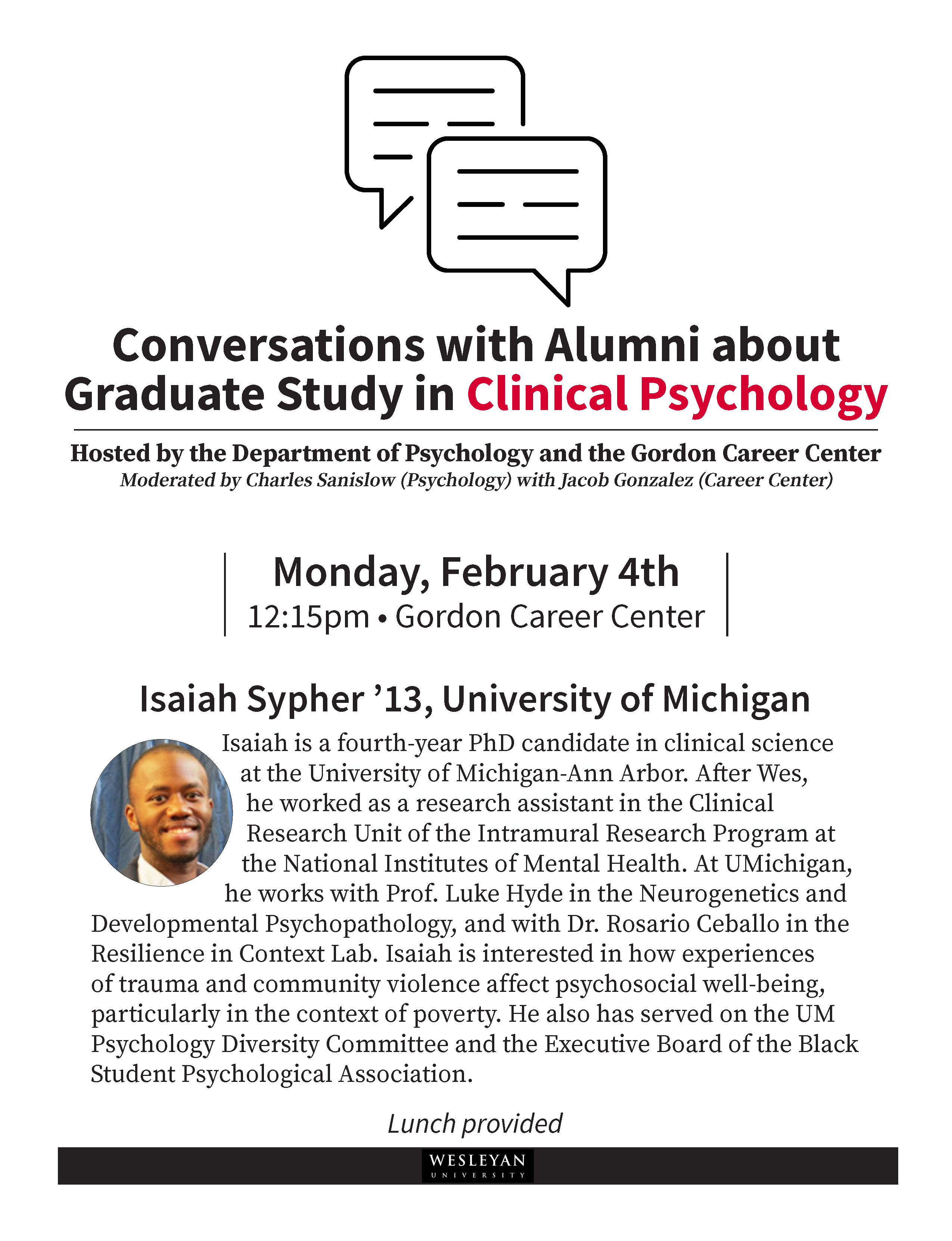 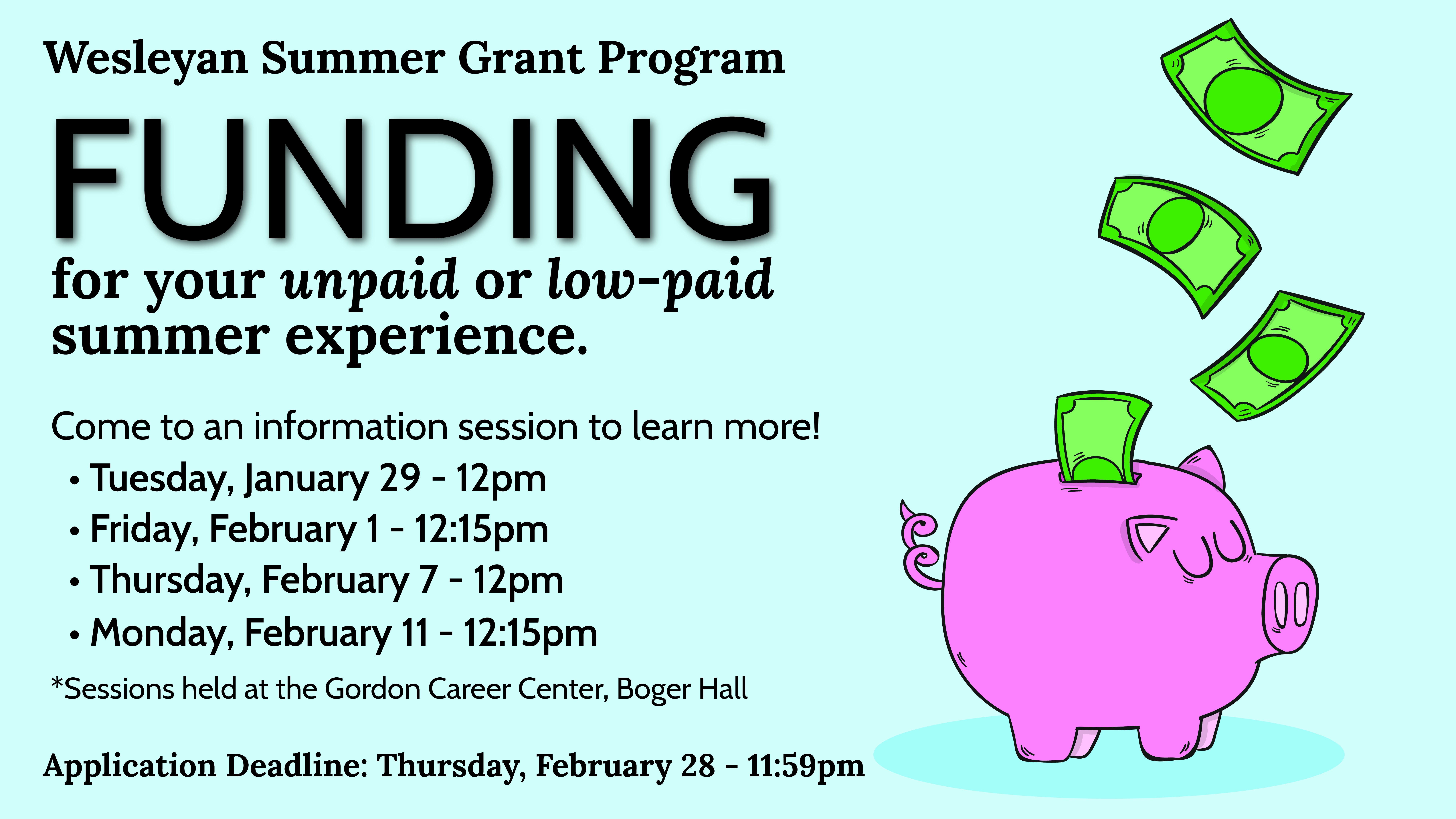 Wesleyan Summer Grants are funding resources awarded through the Gordon Career Center which allow students to pursue no- or low-paid career-related summer experiences. Experiential learning opportunities can be both in the U.S. and abroad and include career-related opportunities such as internships, faculty-mentored research, language study, volunteer work, field study, and academic programs.

The list of available grants and the application can be accessed on AcademicWorks through WesPortal. For more information about the application process, please visit the Gordon Career Center website.

Don’t know where to begin or need help with your application? Schedule an appointment to meet with a career advisor. 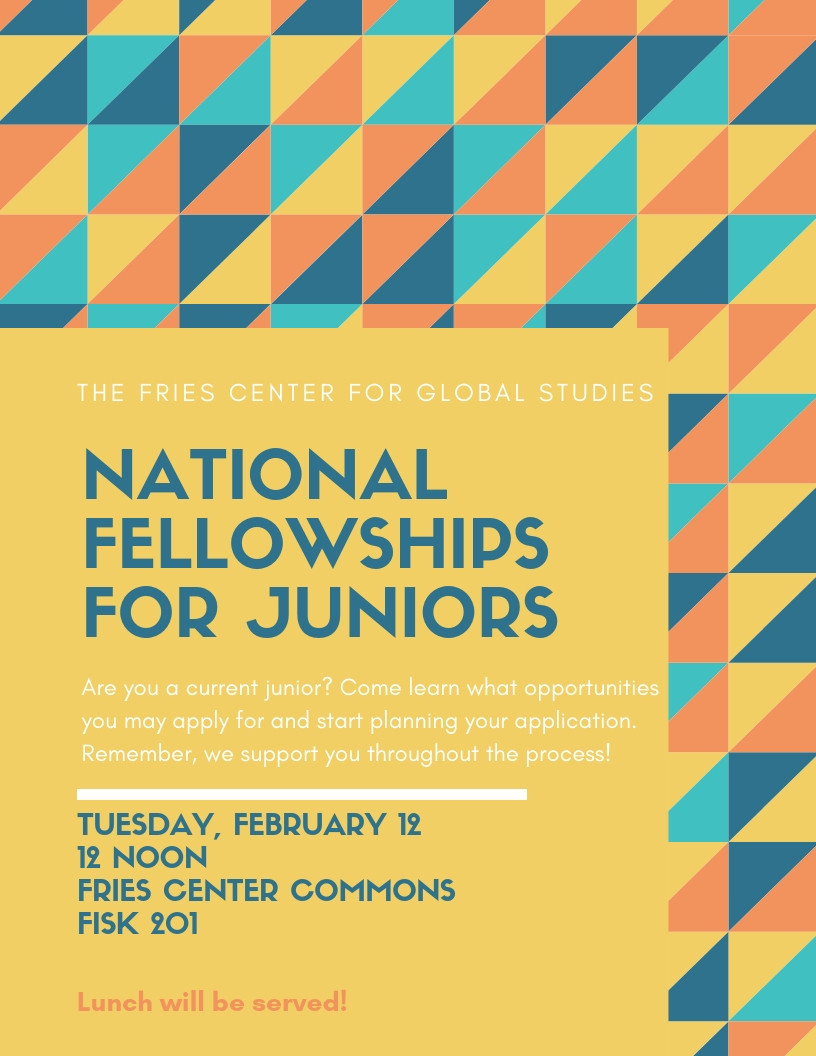 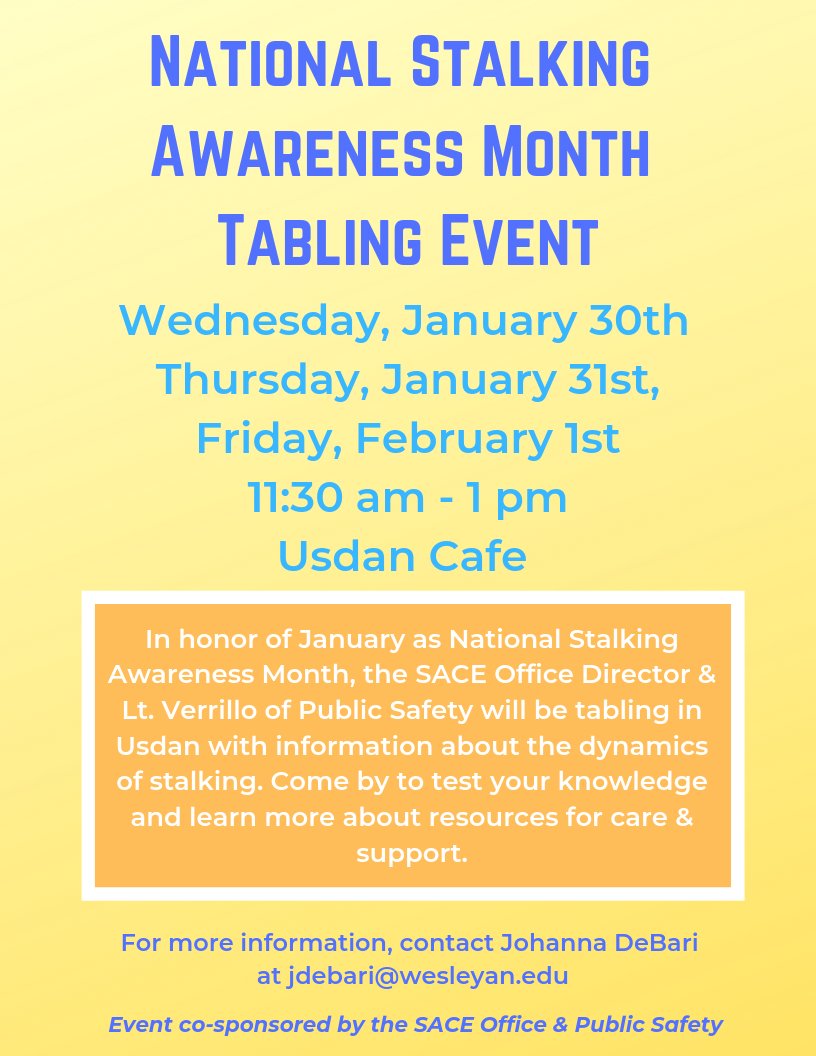 Have you ever wanted consistent help with your writing? Do you have a full course load this semester and need support? Would you benefit from having a peer tutor dedicated to helping you with your assignments on a consistent basis? If so, apply for a Writing Mentor! Mentors are Wesleyan students who are specifically trained to help peers with their writing. If matched with a Mentor, you will meet with them once a week for 45-minutes and work on your assignments at any stage in the writing process. This service is completely free, and successfully matched mentees will be given 0.25 credits for working with a Writing Mentor.

Please apply here, by Wednesday, February 6th at 5PM. You will be notified directly about your mentee status through email. If you have any questions or concerns, please feel free to contact the Ford Fellow, Dache Rogers, at writingworks@wesleyan.edu.

DANC251.01 (.5 credit).  Javanese Dance  (Dance/Southeast Asian Studies Certificate) no prerequisites.
Instruction in the classical dance of central Java will begin with the basic movement vocabulary and proceed to the study of dance repertoires. At the end of the semester, an informal recital will be arranged with the accompaniment of live gamelan music. Emphasis is on the female style.

DANC378 (1 credit).  Repertory and Performance: Understanding migration/immigration through performance  (Dance/Queer Studies Cluster) no prerequisites
This course examines choreography and its performance as an embodied experience. Students will research a theme-specific topic and participate in the creation of a contemporary work under the direction, guidance, and mentorship of a faculty choreographer. The class will serve as a laboratory for experimenting with the performance techniques and evolving methodologies of the teaching artist, preparing the student for the practice of embodied research. The work will use video projections. The course culminates in the performance of the work developed during the semester of study.

DANC300 (.5 credit).  Contemporary Dance Technique
Drawing on multiple approaches to dance techniques and the moving body, this course will build on capacities developed in Contemporary Dance 1. Students will be encouraged to cultivate greater awareness of space, time, rhythm, corporal navigation and energy, as well as a wider range of dynamic variation and more sophisticated understanding of kinetic alignment.

Come be a part of what the New York Times described as “Rhapsodically beautiful. A weird and wonderful new play – an inexpressibly moving theatrical fable about love, loss and the pleasures and pains of memory.” In Eurydice, Sarah Ruhl reimagines the classic myth of Orpheus through the eyes of its heroine. Dying too young on her wedding day, Eurydice must journey to the underworld, where she reunites with her father and struggles to remember her lost love. With contemporary characters, ingenious plot twists, and breathtaking visual effects, the play is a fresh look at a timeless love story.Eurydice has been performed around the country, as well as off-Broadway, and won the 2003 Whiting Award for Drama.

All Wesleyan students are encouraged to audition!!  (Cast of 7 to 8 people)

Preliminary Audition:
Monday – January 28 (6-9pm) in the basement Studio of the Theater Building (TST 001)
Please prepare a 1-2 minute monologue. All people interested in acting in the show must attend the first audition.

Callback Audition:
Wednesday – January 30 (6-9pm) in the basement Studio of the Theater Building (TST 001). For callback auditions, sides from the script will be provided.

An electronic version of the script is available. Please email Dawn Alger for access at: dalger@wesleyan.edu. A link to audition sign-up form will be sent out mid-January.

Rehearsals will begin on Monday, February 25; Performance Dates: April 12-14 in the CFA Theater.  Questions about auditions should be directed to Stage Manager, Isabel Algrant: ialgrant@wesleyan.edu