One of the worldwide leaders in creativity research is coming to Wesleyan–come hear about his captivating research experiences!

James C. Kaufman is a Professor of Educational Psychology at the University of Connecticut. He is the author/editor of more than 45 books, including Creativity 101 (2nd Ed, 2016) and the Cambridge Handbook of Creativity (2nd Ed, 2019). He has published 300+ papers, including the study that spawned the “Sylvia Plath Effect” and three well-known theories of creativity, including (with Ron Beghetto) the Four-C Model of Creativity. He is a past president of Division 10 of the American Psychological Association.

Professor Kaufman will discuss a few models of creativity, such as the Four C’s and the Propulsion model, which offer broader conceptions of the construct. He will then talk about positive outcomes from creativity, a generally understudied area, and highlight some promising areas for more empirical investigation. 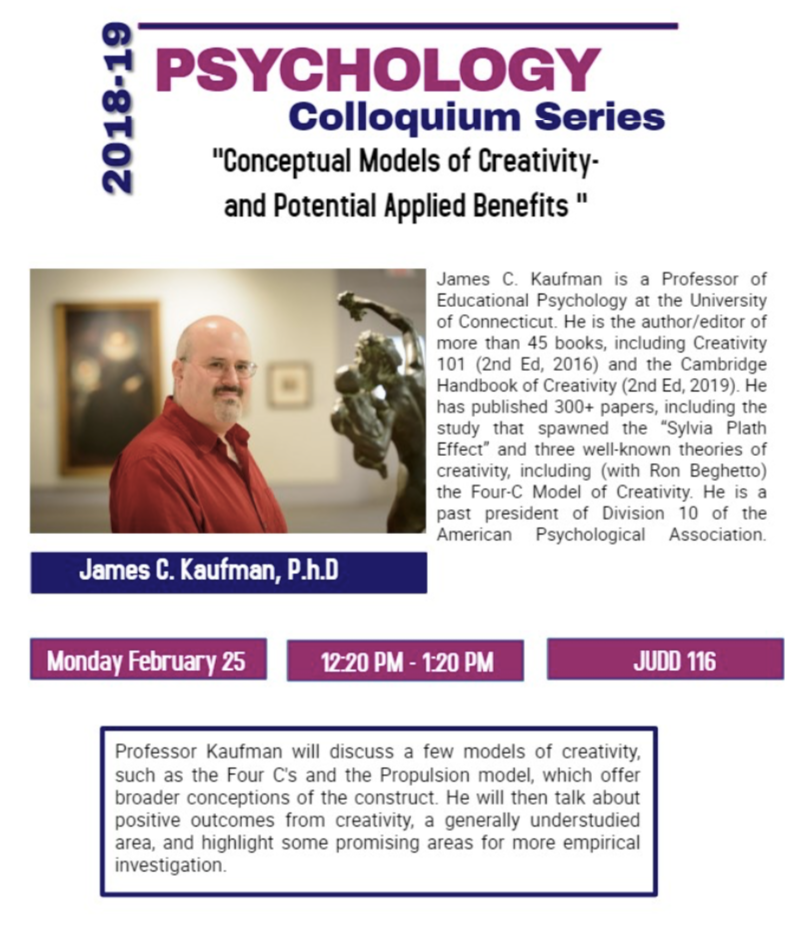