Théo Storella is studying abroad in Kunming, the capital of Yunnan province in China, and has these photos to share. 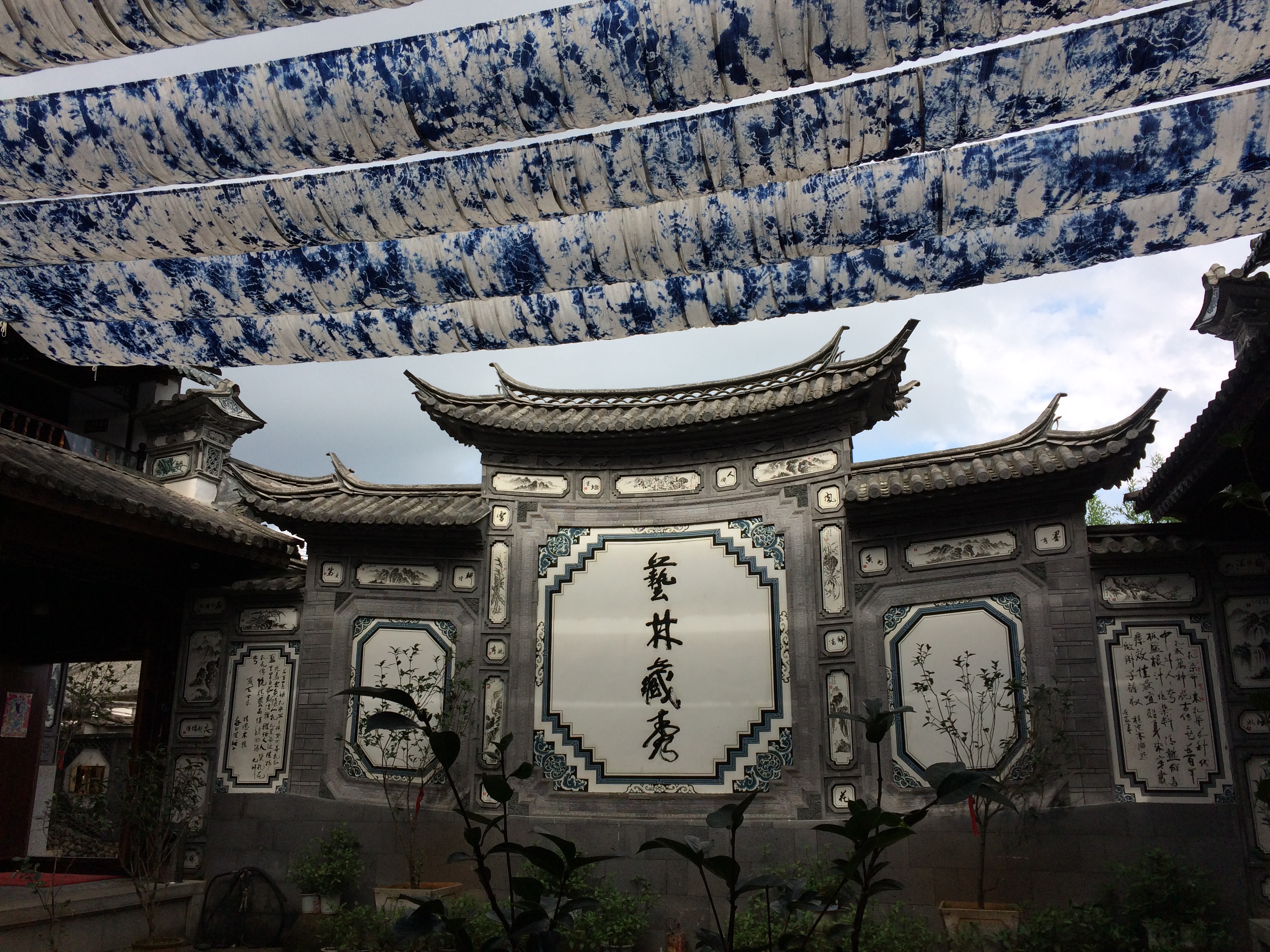 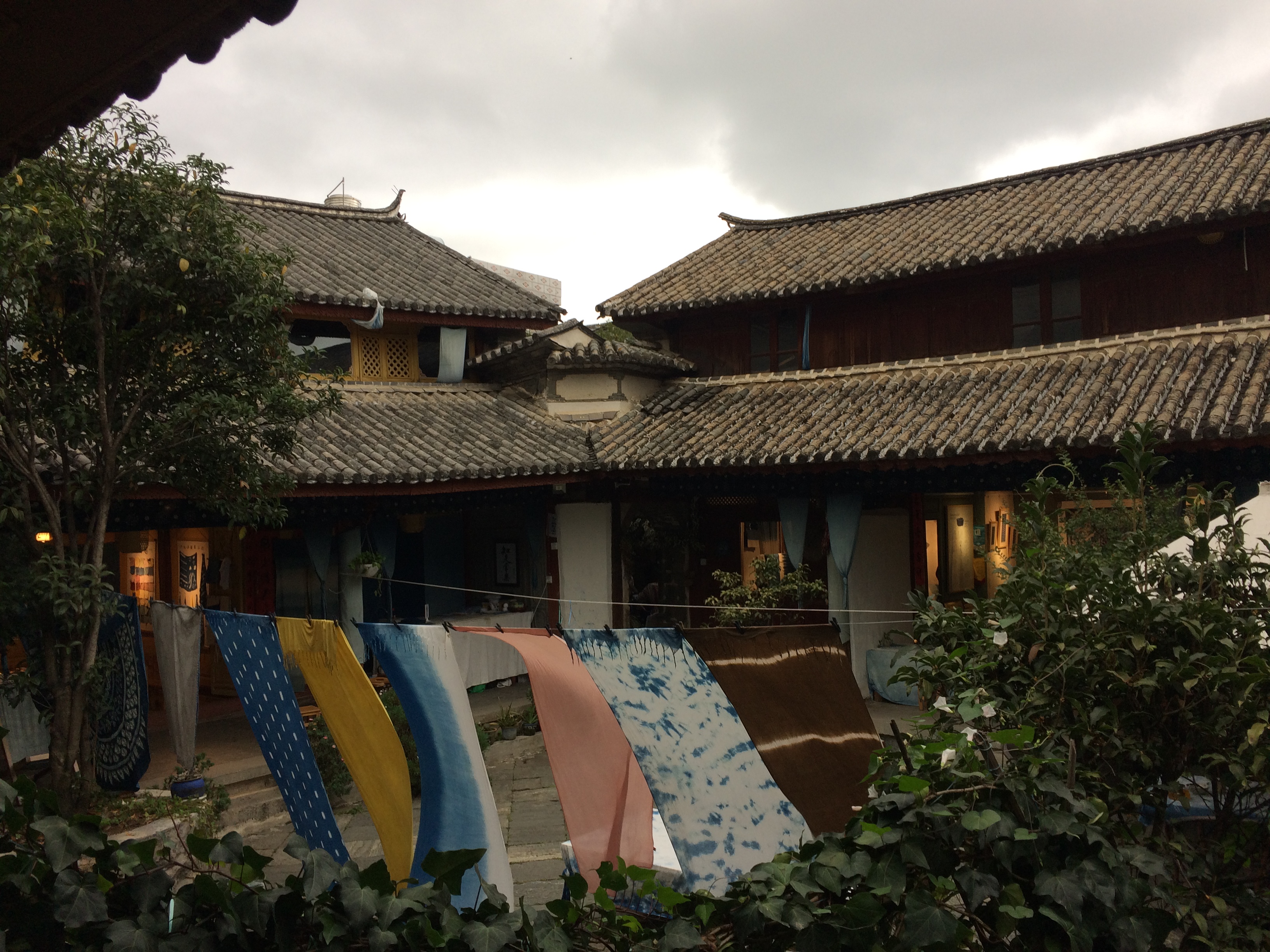 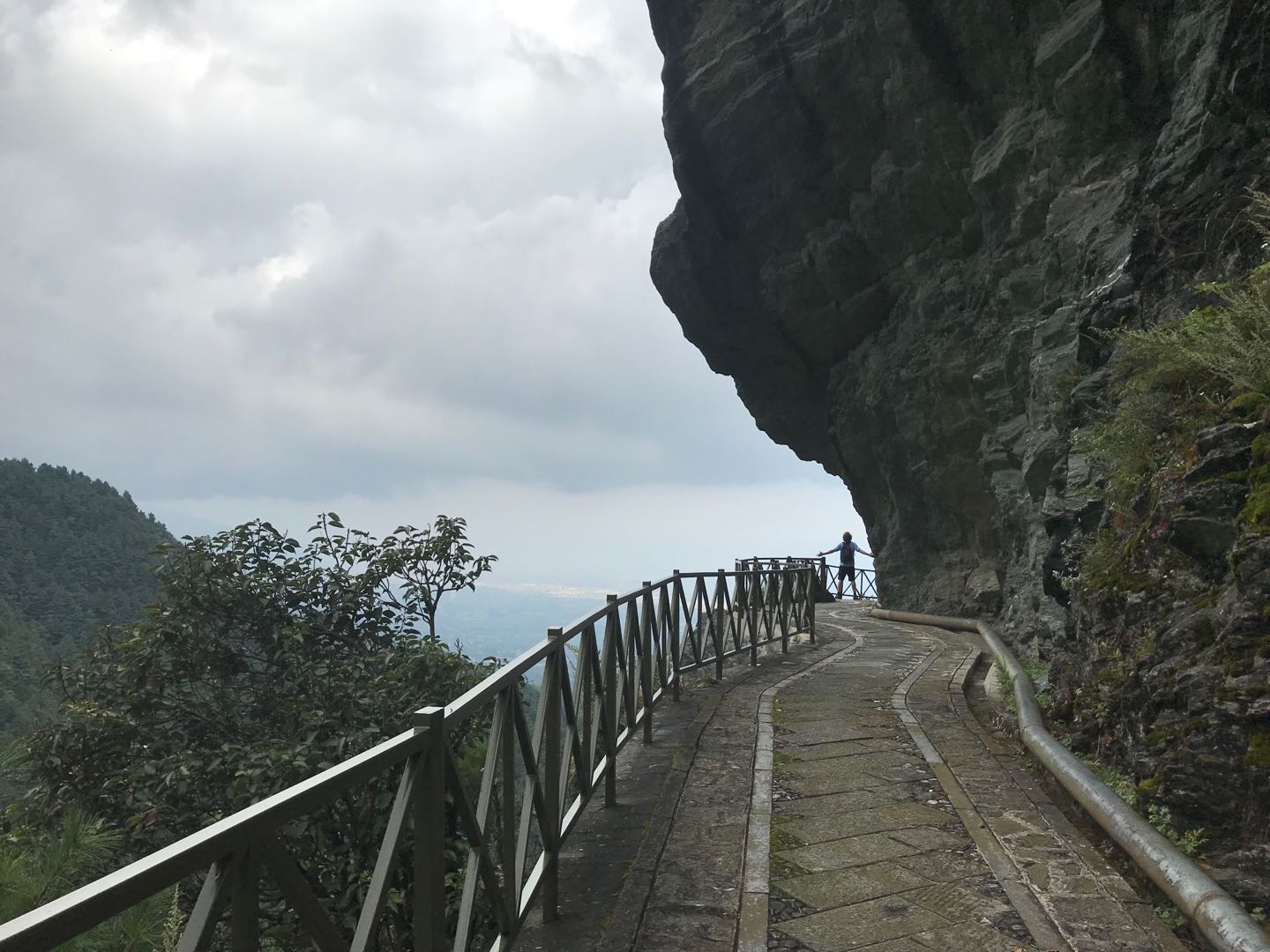 CangShan Mountain which is close to the city of Dali. The mountain overlooks the city and is full of awe-inspiring views and narrow passes with petrifying stone overhangs that look like they could easily collapse on top of you. 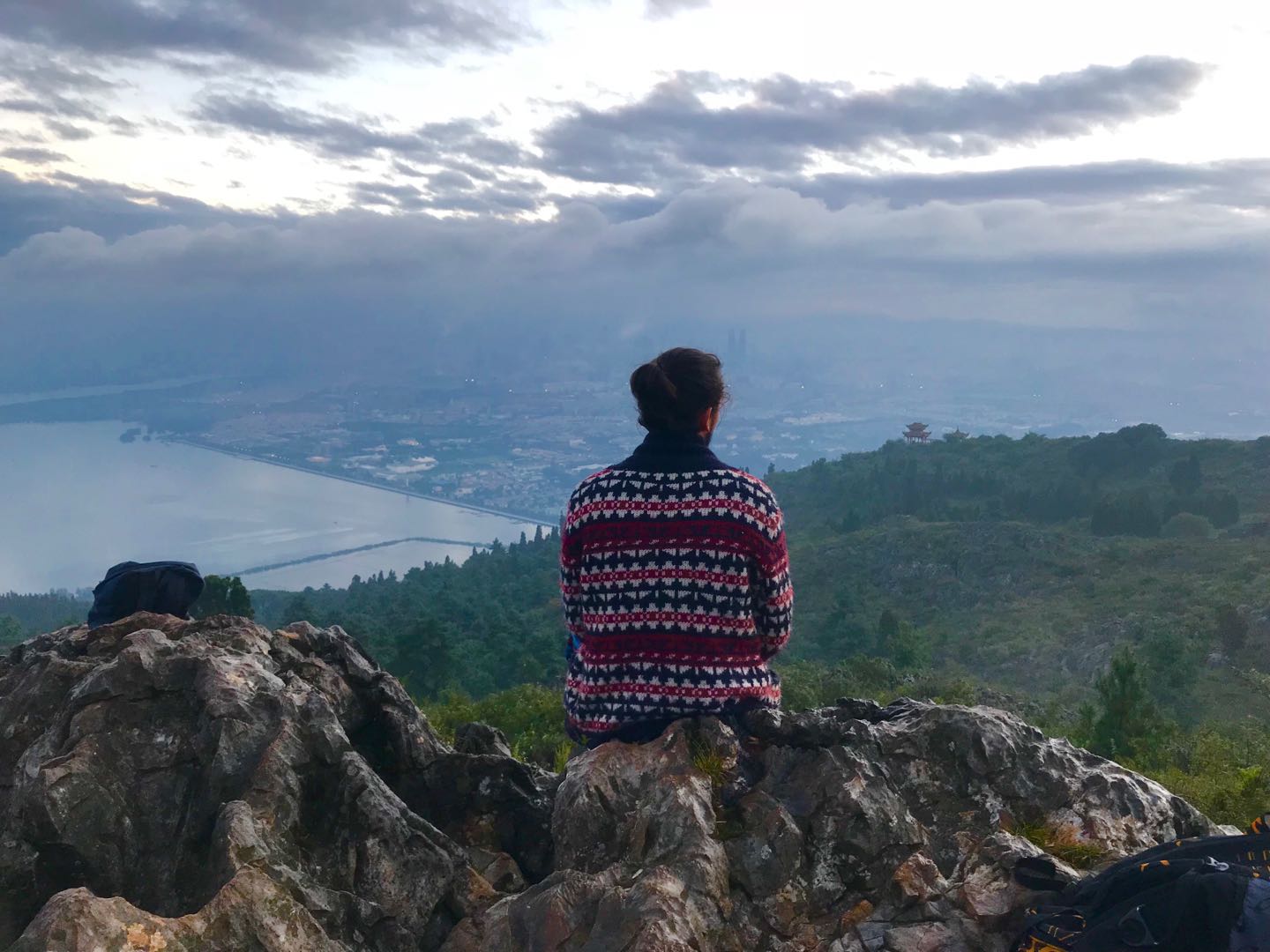 A photo from XiShan Mountain which is just outside of Kunming. Théo and a few friends climbed the mountain in the early morning just in time to see the sun rise. Théo took this photo of a friend as he gazed meditatively at the city below. Climbing that mountain in the morning as well as the night before were both unforgettable experiences because of the beautiful views as well as the treacherous trek up an unmarked path to the summit which was intensely slippery since it had just rained. 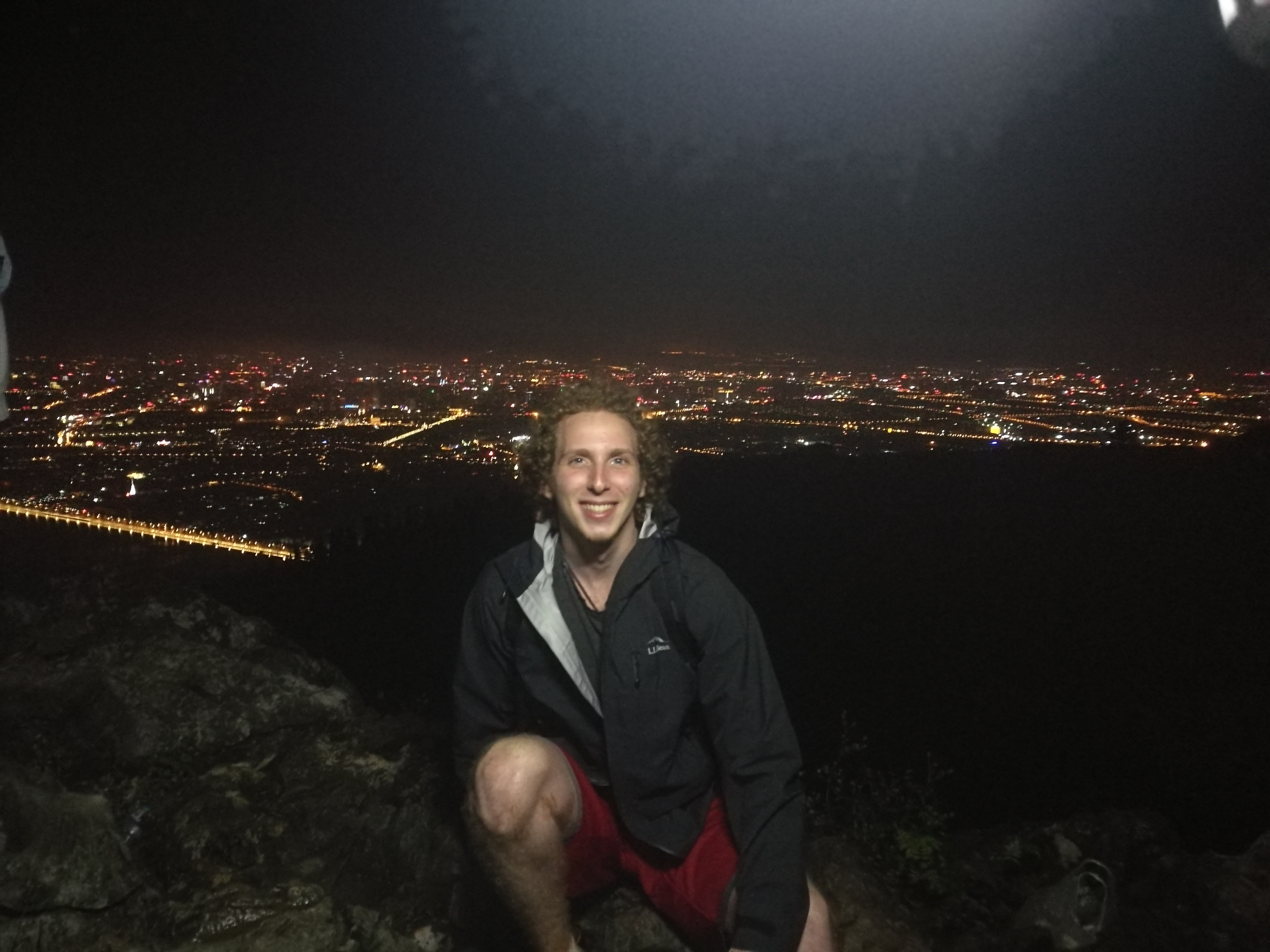 This photo is from the summit of XiShan at night, we climbed after night had fallen and the rain had stopped, using our phones for flashlights and doing our best not to fall into the mud or onto the sharp rocks near the summit. We met a few fellow hikers who helped us hike safely, and we shared celebratory snacks and cigarettes once we reached the top. 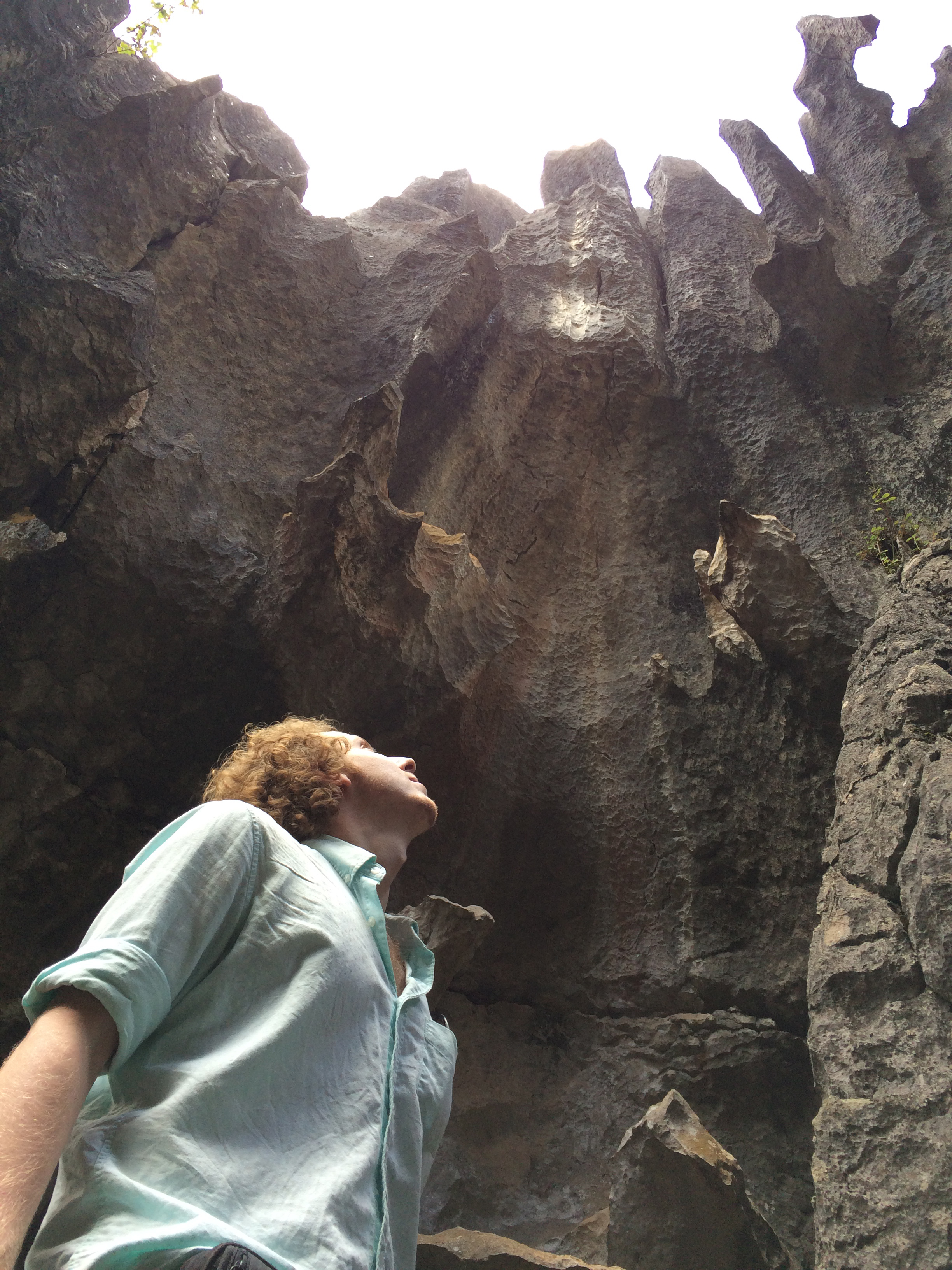 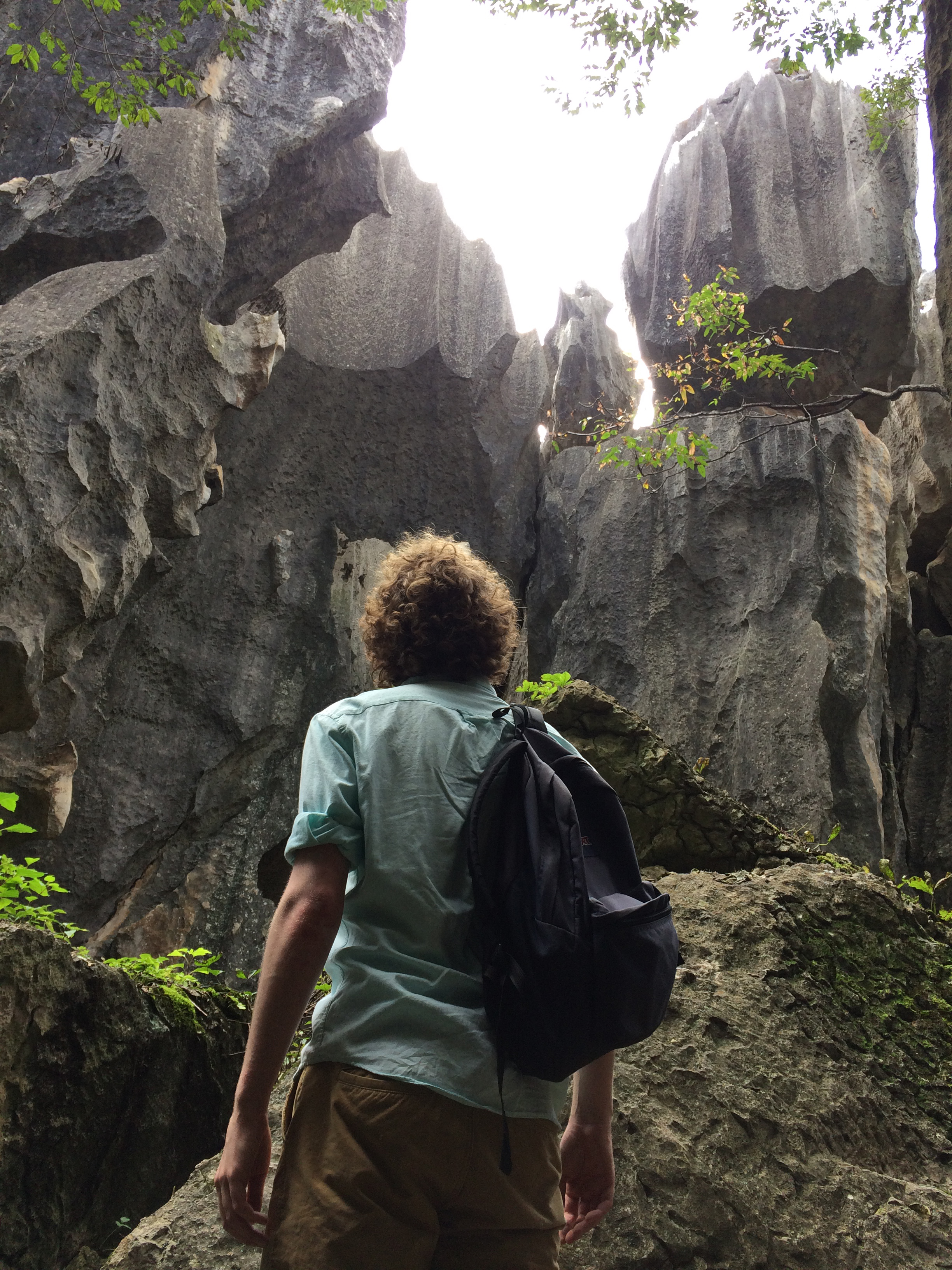 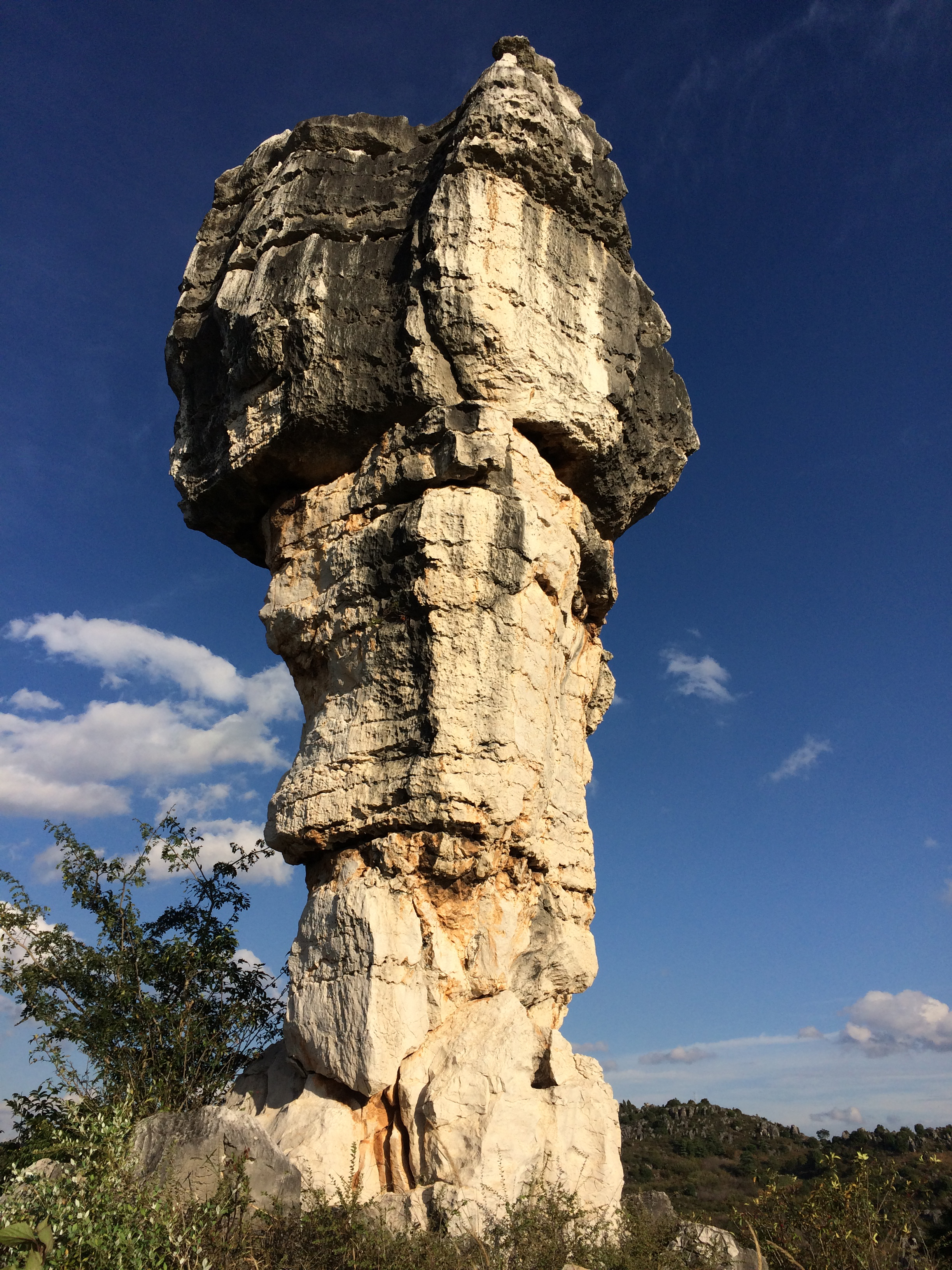 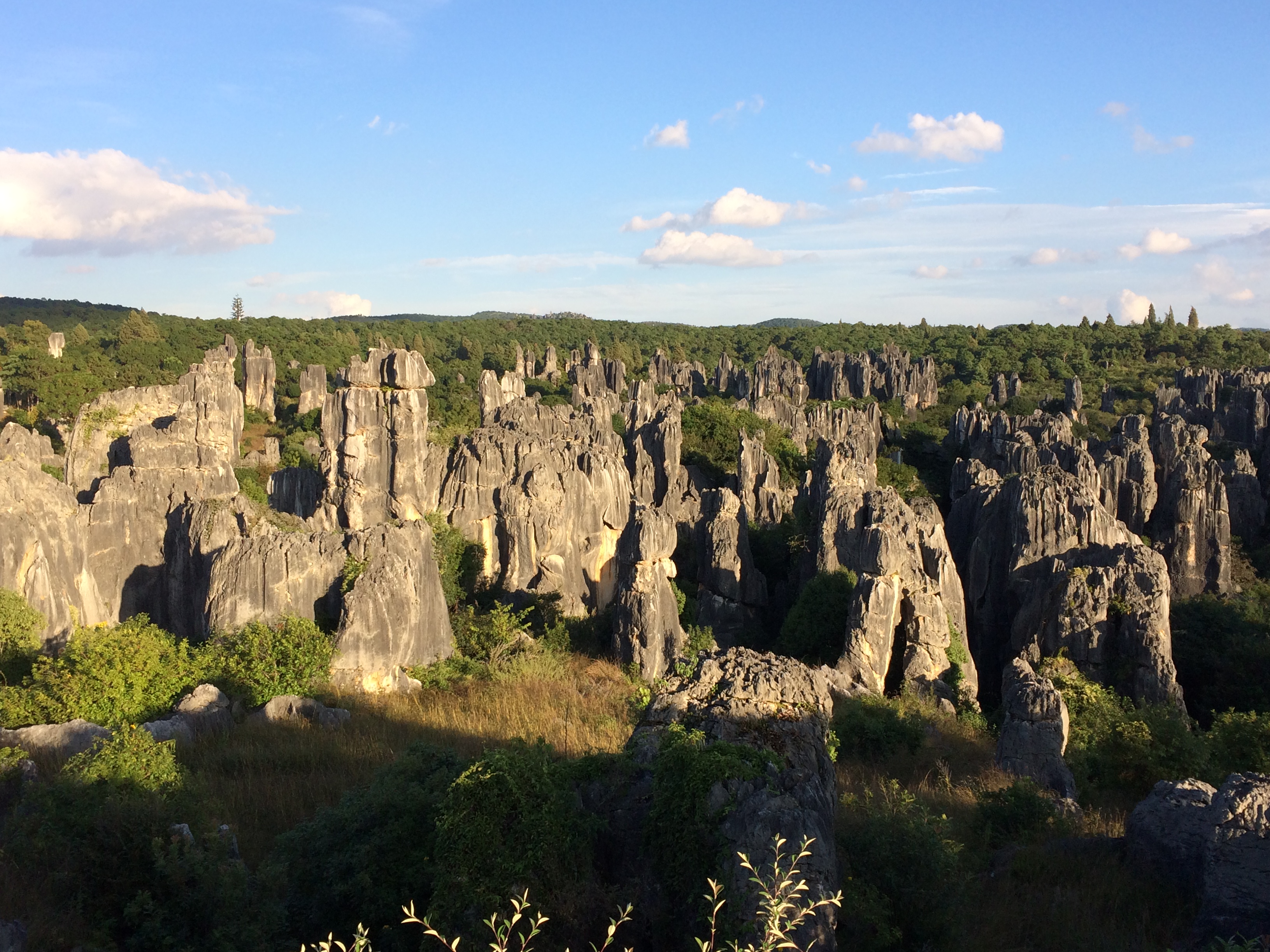 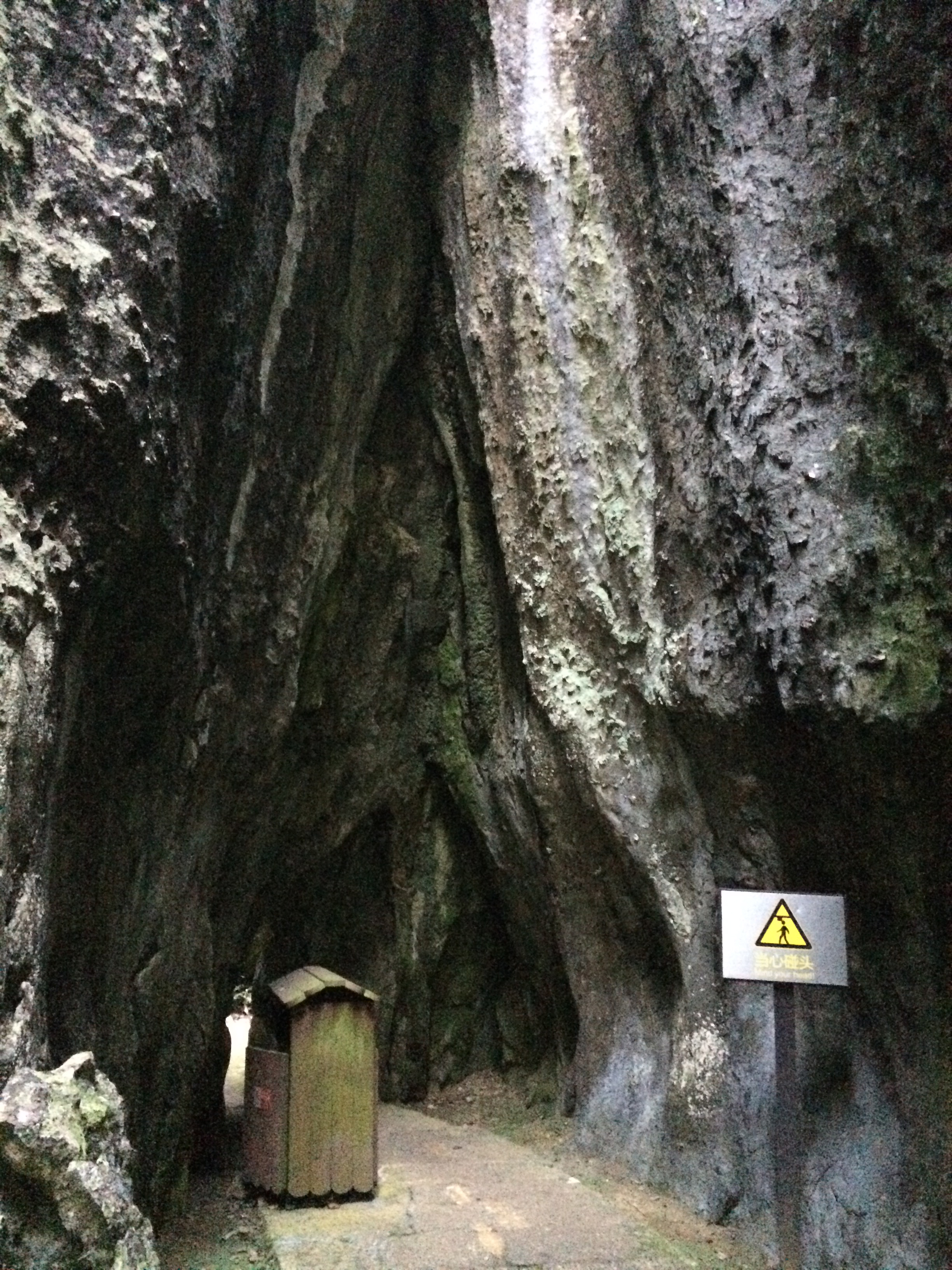 These photos are from a recent trip to the Stone Forest just outside of Kunming. The Stone Forest is one of UNESCO’s World Heritage Sites and is something that needs to be seen to be believed. The stone forest was formed millions of years ago through the erosion of limestone, leaving building-sized, tooth-shaped formations of rock that form a maze of paths which tourists can walk through. The two first pictures are of Théo looking in disbelief at the sheer size of the formations, the third is of a particularly cool mushroom-looking one, the fourth is from a point where the expanse of the Stone Forest can be seen, and the last photo is of a narrow pass formed by rock formations colliding with each other leaving a tight road to one can pass through.